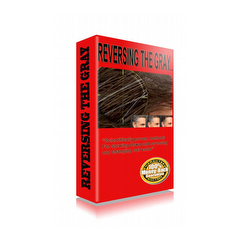 The secret natural remedy that hair color companies don't want you to know.
Reversing the gray 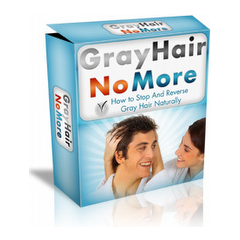 Researchers have gotten down to the root of the mystery of why out hair turns gray. The color of a person’s hair is determined by stem cells that make and store pigments in the skin. These pigments produce the hair color of blondes, brunettes and redheads. As we age, these pigments start to die off. A distinguished look might not set in so soon if it wasn’t for the cells that produce hair-color didn’t start to place them in the wrong location, rendering it useless, and thus resulting in premature graying.

Studies have also been conducted on mice whose hairs have turned gray. As a result further research has been performed by inspecting human scalps for a possible cause of premature graying. Unfortunately, any discoveries won’t lead to the reversal of graying in human hair. However, there is the possibility of gaining a better understanding of melanoma, a form of skin cancer, which kills approximately 8,000 people annually.

Though not directly related, melanoma and gray hair fall under the same category. Pigment cells or otherwise called melanocytes give the hair its youthful color when they work properly. As they die off or develop in the wrong part of the hair follicle, gray hair inevitably develops. Furthermore, melanocytes can go entirely the other way by multiplying out of control to form tumors of malignant melanoma.

Things that everyone should know about why our hair turns gray:

* The biggest culprit for getting gray hair is the normal aging process. Like skin, as we age the texture of our hair changes too. Dermatologists have coined the phrase or rule that 50% of the people will have about 50% gray hair by the age of 50.

*A person’s ethnicity can make a difference in whether or not they will get gray hair. Scientists have yet to figure out why ethnicity determines the order:

1. Caucasians, with redheads earliest of all

* Stress has an impact on our skin as well as hair issues. Think of those people who have had chemotherapy, lost all their hair and then grows back a different color. Illness and stress play important role in getting gray hair.

* Just like everything else, our lifestyle can make a difference. Certain low vitamin levels can be attributed to the loss of hair pigment. Selecting foods high in certain vitamins, nutrients and antioxidants may help to protect cells against toxins, thus preventing cancer, heart disease, other ailments and yes even gray hair.

* The myth that hair turns gray is only a myth. A single strand of hair grows for approximately 1 to 3 years at which time it is shed. When a new one grows, depending on your age, will most likely be white. As hair regenerates it has to re-from pigment-forming cells and eventually they wear out.

The good news is that scientists are working hard on find the cure and the prevention for gray hair.

Are There Benefits to Indoor Tanning Vs Other Methods?

Waxing or Shaving – Which Is Better For Your Skin?

What to Expect From aNatural Body Scrub

Weight Loss khansahb
Spending the past 30 years working in mental health, I often would take breaks to work in the weight loss industry. As we continue...

Recipes khansahb
Just like beef and chicken, pork is easy to prepare. Whether you like it classic seasoned with just salt and pepper or bursting with...

Restaurant Reviews khansahb
Eating is probably one thing that man is very fond of. In fact, it is a hobby to others who enjoy exploring new tastes...

Top 3 Food Destinations in Miami Beach to Pump Up Your...

3 Ways to Beat an Exercise Rut

What to Look for in a Beauty School