Packed With 100's Of Amazing Photos That Will Prove To You That Time Travel Is 100% Real.
The Pirates Of Time 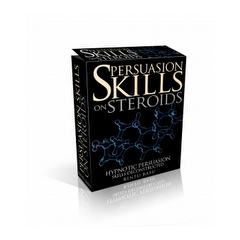 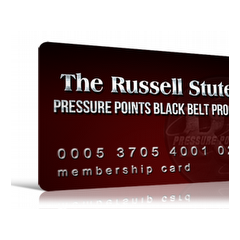 Tea is the second highest consumed drink, after water, in the world; it’s estimated 80% of people in the world drink tea. However, due to the fact that tea plants can best flourish in a hot, moist climate with temperatures ranging from 50-86 °F (10-30 °C) and minimum annual precipitation of 1250 mm, it’s not surprising that tea production remains limited to a few countries and areas in the world.

Although Taiwan has the ideal climate and soil for tea plants, its annual tea production accounted for only 0.3% of world production in 2011; its export unit price was three times that of the world average, while the unit price of teas imported to Taiwan was only half of Taiwan ones. All this has contributed to the diminished visibility of Taiwan teas in the world market since their heyday in the 1960s to 1970s. However, Taiwan has managed to stand out in the world tea market with its continued focus on producing mostly Oolongs. Taiwan’s Oolong tea production accounts for 25% of the world’s Oolong output and commands known premium quality.

So, where are the areas in Taiwan that grow and produce Oolongs? Geographically, Oolongs of various oxidizations are produced from the north to the south and from the west to the east, as well as from elevations ranging from 300 meters to 2650 meters above the sea level. And this is because the island, located between 21.5 and 25.5 degrees North latitude, is mostly covered by the sub-tropical climate and has lush rolling hills and high mountains that both provide perfect conditions for tea plants to flourish.

Mountains in Chiayi County, Nantou County, and New Taipei City as well as the capital Taipei City are the four areas that have enjoyed the longest history of tea growing and production in Taiwan and have commanded significant production output. But the teas from Taipei are distinct from those from Chiayi and Nantou in terms of oxidization level. Dragon Well and Bilouchun are part of green tea and do no go through oxidization, Pouchong and Tieguanyin (or Iron Goddess) are oxidized at 8-18% and 30-50% level respectively, while most of the Oolong teas from the two central ridge counties are oxidized at 20-25%.

Taoyuan City and Hsinchu County are particularly known for Bai Hao Oolong (also known as Oriental Beauty, or White Tip Oolong), a newer type of tea oxidized at that came to its prominence between late 19th century and early 20th century because of its alleged popularity among European elites who were attracted to its unique aroma and sweet taste.

As for the teas from Yilan, Hualian, Taitung, Miaoli, and Kaohsiung, they are considered relatively new entrants in Taiwan’s tea markets, have less cluster of tea farms, enjoy less publicity compared to the mainstream Oolong teas, and therefore their production remains small.

The Many Different Types Of Tea

The Best Remedy For All Acne Ages